How do banks benefit from rising interest rates?

How do banks benefit from rising interest rates?

Low interest rates and negligible inflation rates have been a normal feature of market conditions for the better part of the past decade and a half. This changed in the wake of the Coronavirus crisis after governments and central banks around the world introduced extraordinary stimulus measures to revive struggling economies. The effects of these fiscal and monetary stimulus measures, along with severe supply chain disruptions, have reignited inflation rates in developed economies to levels not seen in the past four decades. In response, central banks have been forced to withdraw monetary stimulus and begin to raise interest rates in an attempt to bring inflation under control.

Higher interest rates are generally negative for risk assets such as stocks, but not all sectors of the stock market are affected in the same way or to the same extent. High-growth, unprofitable technology companies, for instance, are much more susceptible to having their valuations knocked down a few notches when interest rates rise suddenly. Their expected future cash flows are further into the future and when discount rates rise, their valuations fall much faster than more defensive sectors in the market. Highly leveraged companies are also at higher risk of default when interest rates rise because the costs to service their debts rise in tandem with policy rates.

One sector that traditionally benefits from a higher interest rate environment is the banking sector. Banks borrow money from depositors in the short term and lend out money to creditors in the long term. The spread between short and longer-term interest rates is where the banks make their profit. Higher interest rates generally lead to greater spreads, which raises bank profitability. Another way in which higher interest rates help banks is the increase in marginal savings rates by individuals and companies when interest rates are high. Consumers tend to spend their cash much more willingly when the rates of return on their bank savings accounts are low, but the impulse to save money tends to become much stronger when these yields become more attractive. A final major factor in the relationship between higher interest rates and higher saving rates is that the market turmoil that often results from a central bank hiking cycle could lead investors to be more cautious with their risk appetites, thereby increasing the demand for low-risk savings products offered by banks.

The following two figures consider the relationship between central bank policy rates and the performance of the banking sector in the United States and South Africa: 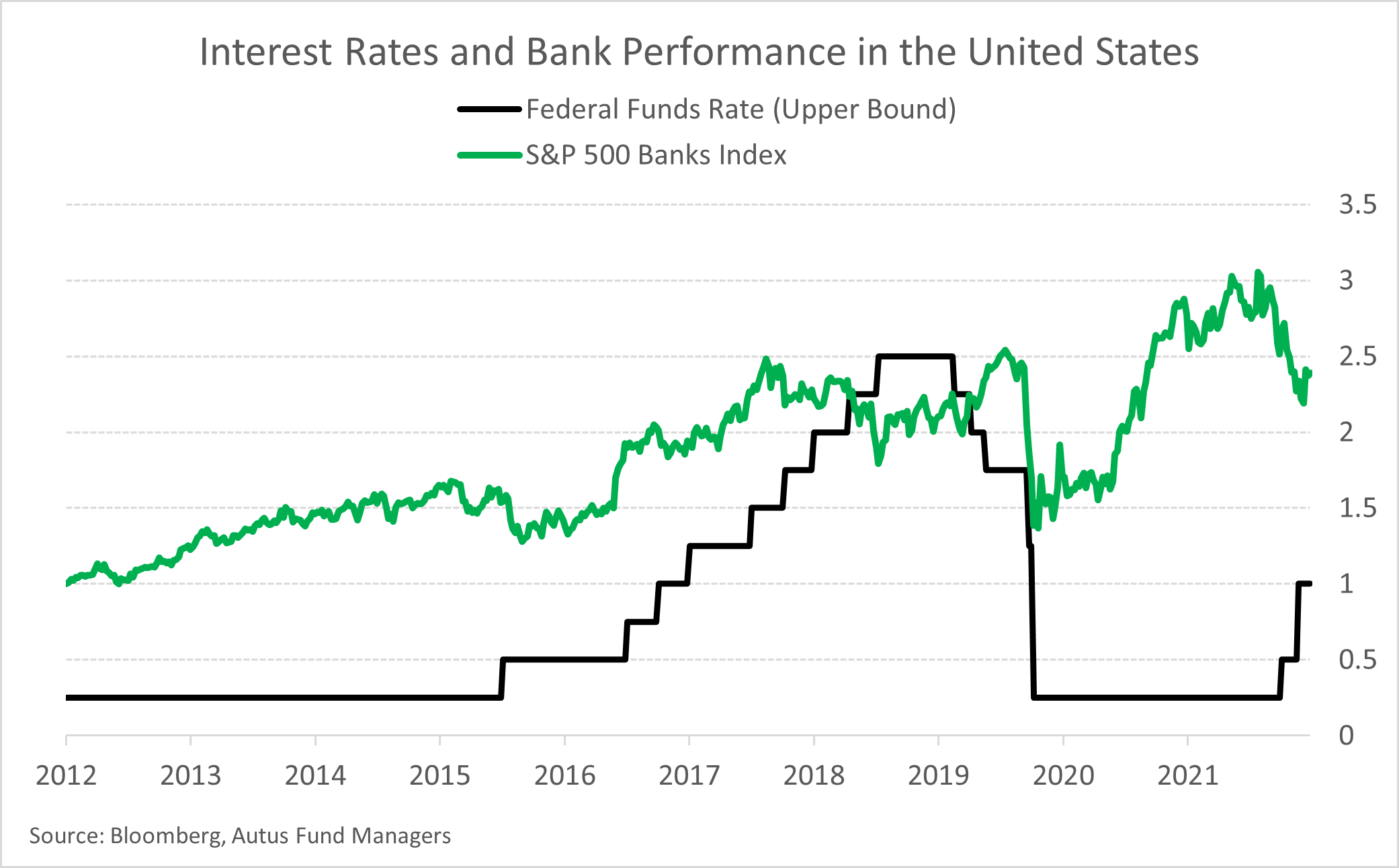 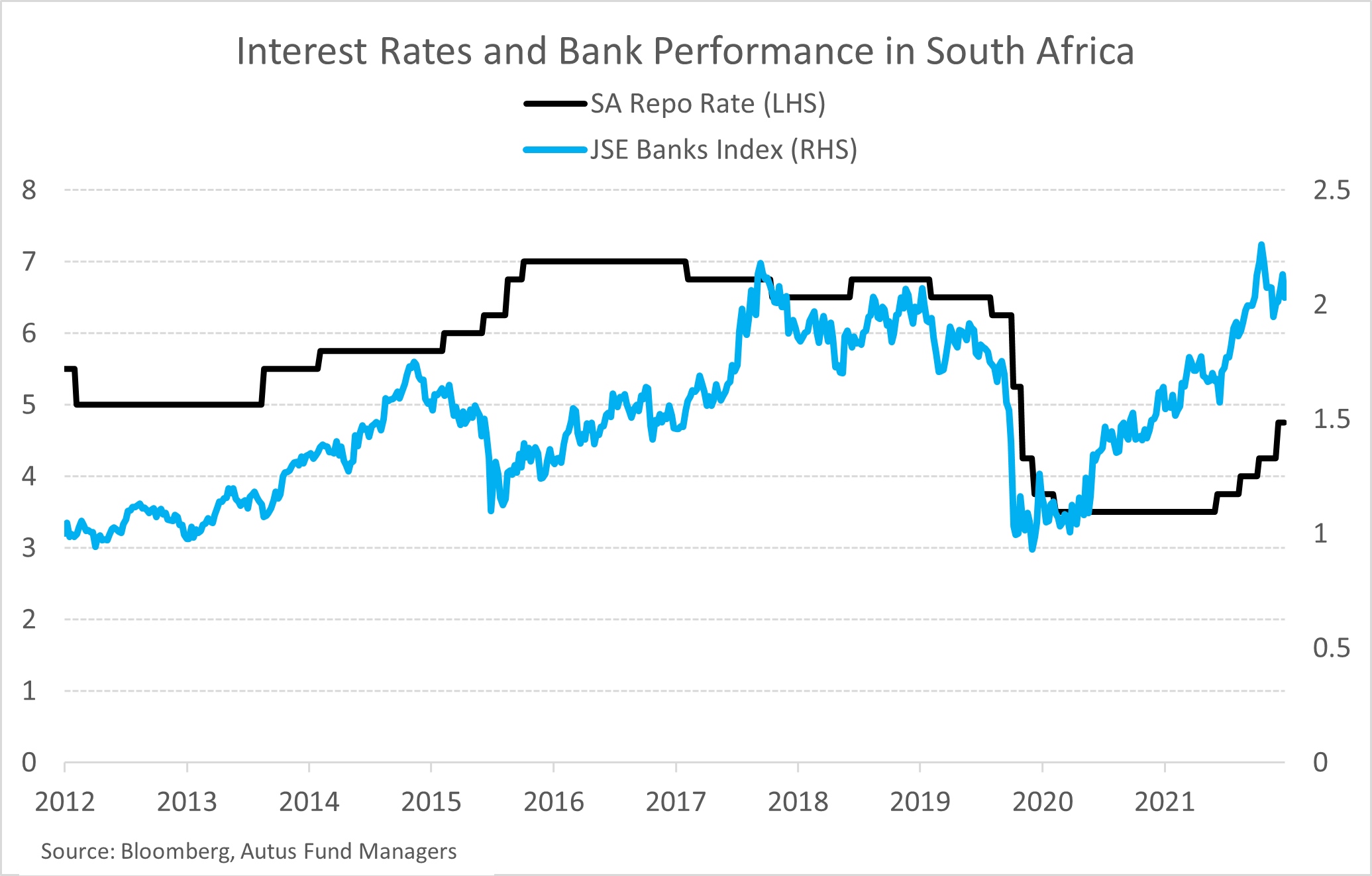